A journey through time 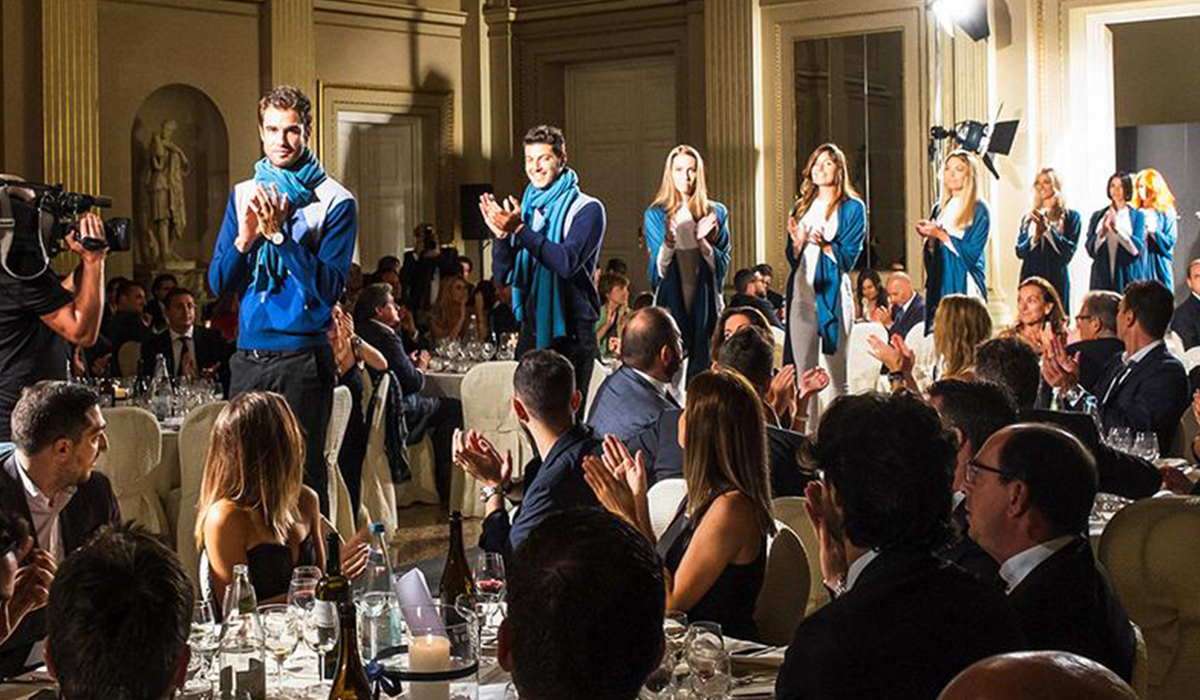 The pastel blue that in the Middle Ages cloaked the land of Cuccagna in legendary richness is back to dye the most precious wools, and is on the catwalk with the Cains Moore brand. The presentation took place in Misano Adriatico, on the occasion of the Confindustria Giovani "Italy in Circuit" event that accompanies the MotoGp stage.

During the gala evening, Cains Moore created a fashion show inspired by the circular economy that was being discussed, turning the spotlight on the timeless blue cashmere choker and on a collaboration that could set the standard: the synergy between the manufacture, which boasts seventy years of tradition, with constant productive evolution and the nearby Cariaggi spinning mill that uses the ancient and rich dye that guarantees a wide range of shades, from sky blue to turquoise and cobalt blue.

The pigment is extracted from a biennial plant, the gaudo, which after centuries has returned to be cultivated in the Montefeltro countryside; it is the main element of a line of organic yarns with a dyeing process completely free of chemicals, obtained exclusively from vegetable elements by infusion of berries and roots.

(All Britons are dyed with gaudo, which produces a turquoise colour, and therefore look even more terrifying in battle).

The gaudo was used by the Celts to tattoo their warriors, the purpose of this war custom being to strike fear into the enemy. The Britons produced the colouring paste by boiling dry gaudo leaves; once the coloured paste was obtained, it was fixed to the skin with the aid of a needle. 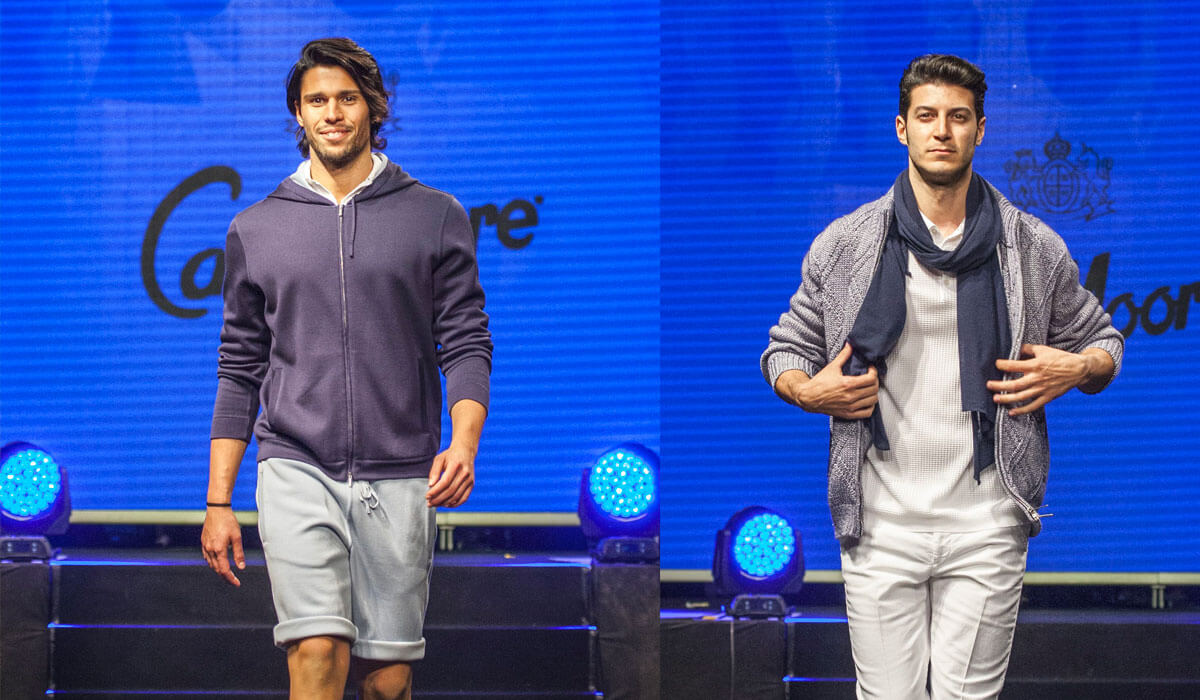 The centre of the Gaudo blue trade

Montefeltro is an important geographical area in the history of gaudo. Between the 14th and 17th centuries, trade in this precious product gave a strong impulse to the economic and social development of the region, which soon became renowned throughout Europe as the main centre of production and trade.

Gaudo processing characterised the Montefeltro economy of the time, with 45 mills of this colour. In fact, the entire production cycle took place in Montefeltro: cultivation of the plants, grinding of the leaves, extraction of the pigment, dyeing of the fibres, carding and spinning.

During the Renaissance, gaudo found a multitude of uses in the arts. Gaudo was used to decorate manuscripts, to paint watercolours and frescoes, and for terracotta decorations. Leonardo, Raphael and other Renaissance artists used it in their paintings as the colour from the ford was very lightfast.

The return of the Gaudo

The Gaudo trade enjoyed a revival during the Napoleonic era. Napoleon chose the ford to dye the uniforms of his army because of the extreme versatility of the dye, which was suitable for dyeing all types of fabrics, from the most modest to the most precious.

Starting in 1806, he issued a series of decrees aimed at affecting the economy, prohibiting English ships from docking in all ports under French rule and banning the importation of certain goods, including colonial goods, considered as coming from England. One of the effects of these measures, known collectively as the Continental Blockade or System, was to stop imports of indigo. Napoleon then proposed to resume the cultivation of gaudo. He had specifications drawn up for the production of the dye and in 1811 he established a national prize to encourage and promote the cultivation of gaudo.